Ð‗­. 98 - Those who would give up essential liberty to purchase a little temporary safety, deserve neither liberty nor safety.
┬±‗­Õ¸ÓÕ‗±  Ô ÛÝÞÒÓ§ (339) ± 1806 ´¯ 2008
Ð‗­. 207 - They were careless people, Tom and Daisy ù they smashed up things and creatures and then retreated back into their money or their vast carelessness, or whatever it was that kept them together, and let other people clean up the mess they had made.
┬±‗­Õ¸ÓÕ‗±  Ô ÛÝÞÒÓ§ (283) ± 1893 ´¯ 2008
┴¯Ù³°Õ
Ð‗­. 105 - To such a task we can dedicate our lives and our fortunes, everything that we are and everything that we have, with the pride of those who know that the day has come when America is privileged to spend her blood and her might for the principles that gave her birth and happiness and the peace which she has treasured. God helping her, she can do no other.
┬±‗­Õ¸ÓÕ‗±  Ô ÛÝÞÒÓ§ (659) ± 1821 ´¯ 2008
Ð‗­. 33 - I think when you make the decision, it might be well if you would ask yourself, are you better off than you were four years ago? Is it easier for you to go and buy things in the stores than it was four years ago? Is there more or less unemployment in the country than there was four years ago? Is America as respected throughout the world as it was? Do you feel that our security is as safe, that we're as strong as we were four years ago?
┬±‗­Õ¸ÓÕ‗±  Ô ÛÝÞÒÓ§ (57) ± 1972 ´¯ 2008
Ð‗­. 260 - Robert Bork's America is a land in which women would be forced into back alley abortions, blacks would sit at segregated lunch counters, rogue police could break down citizens...
┬±‗­Õ¸ÓÕ‗±  Ô ÛÝÞÒÓ§ (66) ± 1865 ´¯ 2008
Ð‗­. 101 - We are led, by events and common sense, to one conclusion: The survival of liberty in our land increasingly depends on the success of liberty in other lands. The best hope for peace in our world is the expansion of freedom in all the world.
┬±‗­Õ¸ÓÕ‗±  Ô ÛÝÞÒÓ§ (78) ± 1977 ´¯ 2008
╠ÕÝ³°Õ

Lou Cannon covered Reagan for thirty-six years, first as a reporter for the San Jose Mercury News, later as the Washington Post White House correspondent. He is the author of four other books on Reagan including Ronnie and Jesse: A Political Odyssey, Reagan, and President Reagan: The Role of a Lifetime, widely regarded as the definitive biography and as "the best study of that enigmatic presidency " (New York Times Book Review). He lives in Summerland, California, near Santa Barbara.

Carl M. Cannon is the White House correspondent for National Journal, the author of The Pursuit of Happiness in Times of War, and co-author of Boy Genius: Karl Rove, The Architect of George W. Bush's Remarkable Political Triumphs. He lives in Washington, D.C. 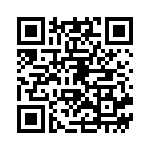