—тр. 184 - If we have to use force, it is because we are America. We are the indispensable nation.
¬стречаетс€ в книгах (52) с 1963 по 2007
—тр. 65 - The gravest danger our Nation faces lies at the crossroads of radicalism and technology. Our enemies have openly declared that they are seeking weapons of mass destruction, and evidence indicates that they are doing so with determination. The United States will not allow these efforts to succeed.
¬стречаетс€ в книгах (57) с 1971 по 2008
Ѕольше
—тр. 67 - Our forces will be strong enough to dissuade potential adversaries from pursuing a military build-up in hopes of surpassing, or equaling, the power of the United States.
¬стречаетс€ в книгах (149) с 1865 по 2008
—тр. 68 - terrorism" means premeditated, politically motivated violence perpetrated against noncombatant targets by sub-national groups or clandestine agents, usually intended to influence an audience.
¬стречаетс€ в книгах (314) с 1883 по 2008
—тр. 68 - But what is one to say to an act of destructive ferocity so absurd as to be incomprehensible, inexplicable, almost unthinkable; in fact, mad? Madness alone is truly terrifying, inasmuch as you cannot placate it either by threats, persuasion, or bribes.
¬стречаетс€ в книгах (41) с 1923 по 2008
—тр. 25 - ... UN trap riled Cheney. Within days of the Crawford meeting, he was publicly questioning the usefulness of inspections and pushing for a preemptive strike. Painting the president into a corner, Cheney threw down the gauntlet during his speech at the Veterans of Foreign Wars event on August 26, 2002: "A person would be right to question any suggestion that we should just get inspectors back into Iraq, and then our worries will be over. Saddam has perfected the game of cheat and retreat, and is very...
¬стречаетс€ в книгах (14) с 2002 по 2007
—тр. 66 - In the Cold War, weapons of mass destruction were considered weapons of last resort whose use risked the destruction of those who used them. Today, our enemies see weapons of mass destruction as weapons of choice. For rogue states these weapons are tools of intimidation and military aggression against their neighbors. These weapons may also allow these states to attempt to blackmail the United States and our allies to prevent us from deterring or repelling the aggressive behavior of rogue states.
¬стречаетс€ в книгах (22) с 1995 по 2007
—тр. 37 - Recalls, in that context, that the Council has repeatedly warned Iraq that it will face serious consequences as a result of its continued violations of its obligations; 14.
¬стречаетс€ в книгах (87) с 1950 по 2008
—тр. 66 - Traditional concepts of deterrence will not work against a terrorist enemy whose avowed tactics are wanton destruction and the targeting of innocents; whose so-called soldiers seek martyrdom in death and whose most potent protection is statelessness.
¬стречаетс€ в книгах (55) с 1995 по 2008
—тр. 176 - Pew Research Center for the People and the Press, Views of a Changing World: June 2003, Second Major Report of the Pew Global Attitudes Project (Washington, June 2003), pp.
¬стречаетс€ в книгах (27) с 2003 по 2007
ћеньше

Stephen F. Szabo is professor of European studies at the Paul H. Nitze School of Advanced International Studies, Johns Hopkins University, and holder of the Steven Muller Chair in German Studies at the SAIS Bologna Center in 2004-05. He focuses on the areas of European security and politics, with a specialization on contemporary Germany. He was a Bosch Public Policy Fellow at the American Academy in Berlin in fall 2002. His previous books include The Diplomacy of German Unification (St. Martin's Press, 1992). 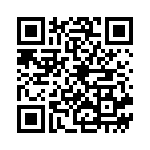