David L. Altheide is Regents' Professor in the School of Justice and Social Inquiry at Arizona State University, where has taught for 31 years. A sociologist, who uses qualitative methods, his work has focused on the role of mass media and information technology for social control. His theoretical and methodological statements on the relevance of the mass media for sociological analysis include An Ecology of Communication: Cultural Formats of Control (Aldine de Gruyter, 1995) and Qualitative Media Analysis (Sage, 1996). Another recent book, Creating Fear: News and the Construction of Crisis (Aldine de Gruyter, 2002), focuses on the news media's constructions of a discourse of fear and the social consequences of this. This book received the 2004 Cooley Award, as the best book for the year in the tradition of symbolic interaction, from the Society for the Study of Symbolic Interaction. Dr. Altheide also won this award in 1986 for his book, Media Power. He has also applied qualitative research designs to investigate the nature and process of educational reform, with particular emphasis on school context and culture. 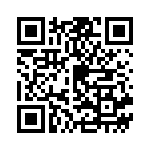