Eye Opening Indeed
At age 45 this book has been a tool to help open my eyes to the wealth deep within that was waiting to be discovered.

Page 69 - For I know the thoughts that I think toward you, saith the LORD, thoughts of peace and not of evil, to give you an expected end.
Appears in 1021 books from 1744-2008
Page 2 - Ask and it will be given to you; seek and you will find; knock and the door will be opened to you. For everyone who asks receives; he who seeks finds; and to him who knocks, the door will be opened...
Appears in 1275 books from 1855-2009
More
Page 8 - Consider it pure joy, my brothers, whenever you face trials of many kinds, because you know that the testing of your faith develops perseverance. Perseverance must finish its work so that you may be mature and complete, not lacking anything.
Appears in 550 books from 1957-2009
Page 102 - Know ye that the Lord he is God: it is he that hath made us, and not we ourselves; we are his people, and the sheep of his pasture. Enter into his gates with thanksgiving, and into his courts with praise: be thankful unto him, and bless his name. For the Lord is good; his mercy is everlasting; and his truth endureth to all generations.
Appears in 835 books from 1804-2008
Page 74 - Therefore I tell you, do not worry about your life, what you will eat or drink; or about your body, what you will wear. Is not life more important than food, and the body more important than clothes?
Appears in 534 books from 1960-2009
Page 74 - Look at the birds of the air; they neither sow nor reap nor gather into barns, and yet your heavenly Father feeds them. Are you not of more value than they?
Appears in 374 books from 1843-2008
Page 58 - Every man according as he purposeth in his heart, so let him give ; not grudgingly, or of necessity : for God loveth a cheerful giver.
Appears in 1440 books from 1755-2008
Page 84 - Why do you look at the speck of sawdust in your brother's eye and pay no attention to the plank m your own eye? How can you say to your brother, 'Let me take the speck out of your eye,' when all the time there is a plank in your own eye?
Appears in 341 books from 1857-2008
Page 4 - Brethren, I do not consider that I have made it my own; but one thing I do, forgetting what lies behind and straining forward to what lies ahead, I press on toward the goal for the prize of the upward call of God in Christ Jesus.
Appears in 532 books from 1813-2008
Page 106 - Finally, beloved, whatever is true, whatever is honorable, whatever is just, whatever is pure, whatever is pleasing, whatever is commendable, if there is any excellence and if there is anything worthy of praise, think about these things.
Appears in 330 books from 1918-2008
Less

A.R. Bernard is the spiritual leader of the New York Christian Cultural Center in Brooklyn, which, in addition to serving its members, conducts aggressive outreach programs in the community, including several schools for inner-city children, literary groups, and special ministries for the elderly and incarcerated. Bernard serves on the board of directors of the Brooklyn Public Library and the New York City Economic Development Corporation. His sermons are broadcast nationally on television and radio. He also lectures frequently at universities, churches, and Fortune 500 companies. He lives in New York with his wife, Karen, and their children. 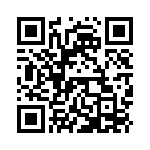