Page 10
Here , says Mr Leaf , we have four radial lines which represent four trade routes leading straight to what were the chief centres of trade in the early days of Greek colonisation , to Miletus , Amphipolis , Cyzicus , Sinope .
Page 318
In 1853 , when Prussia laid the foundations of what is now the German Navy , she bought about four square miles from the Grand Duke . The construction of the harbour works was not begun until 1855 , and was completed in 1869.
Page 502
Like that of Napoleon , it had been made too fast to weld together the four races which it contained - Serbs , Greeks , Albanians , and Koutzo - Wallachs . The creation of a Serbian Patriarchate alienated the Greek Church , just as the ...

32 other sections not shown 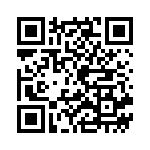