Ruth A. Tucker (PhD, Northern Illinois University) has taught mission studies and church history at Trinity Evangelical Divinity School and Calvin Theological Seminary. She is the author of dozens of articles and eighteen books, including the award-winning From Jerusalem to Irian Jaya . Visit her website at www.RuthTucker.com. 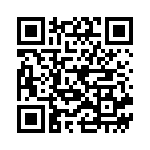