47 pages matching leave in this book

I've been getting used to Ms. Rendell not revealing the source of her Inspector Wexford titles until late in each book, some later than others. For SIMISOLA, we have to wait until almost the last ... Read full review

My favourite of the Wexford novels. This begins with an amusingly recounted incident in the doctor's waiting room, and goes on to introduce (it seems) every inhabitant of the town where a young girl ... Read full review

Ruth Rendell (1930-2015) Ruth Rendell was born in Essex, England on February 17, 1930. She was educated at Loughton County High School. Rendell began her career as a journalist. She wrote six novels before sending her work in to a publisher. She writes crime novels and psychological thrillers, and is best known for her Inspector Wexford books. Rendell also writes under the pseudonym Barbara Vine. Rendell has received many awards for her writing, including the Silver, Gold, and Cartier Diamond Daggers from the Crime Writers' Association, three Edgars from the Mystery Writers of America, The Arts Council National Book Awards, and The Sunday Times Literary Award. She is a fellow of the Royal Society of Literature. Many of her titles have been made into films and made-for-tv movies. Rendell died on May 2, 2015. She was 85 years old. 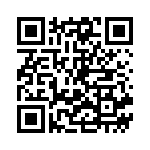