Michael Gardiner is Associate Professor in the Department of English and Comparative Literary Studies at the University of Warwick. As well as creative fiction and comparative cultural history and world literature, his books include The Cultural Roots of British Devolution (EUP, 2004), Modern Scottish Culture (2005), and From Trocchi to Trainspotting; Scottish Literary Theory Since 1960 (2006). 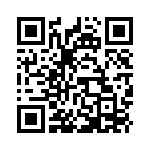