Page 233
The overseas or external trade of the British Empire for 1909 amounted to 1,595,751,0001 . , made up as follows : Ł 1,200,524,000 Trade of the United Kingdom with other parts ) 337,276,000 of the British Empire Inter - Colonial trade .
Page 234
On April 15 , 1909 , the Government of the Commonwealth of Australia made a series of proposals respecting naval defence in a telegraphic memorandum ; and on June 4 a new Government of the Commonwealth telegraphed an offer to the Empire ...
Page 249
... choosing and overturning Cabinets , marshalling its parliamentary deputies like so many soldiers , and determining the policy of the Empire . The main results of this direction were the dangerous tension with France and the Powers ... 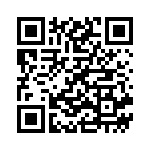