Page 331
In Italy Latins and barbarians soon amalgamated , while in Illyria Latins and Slavs remained distinct and separate , the former developing into civilised communities , essentially urban , maritime and commercial , while the latter ...
Page 332
... than once wrested from her , but for many centuries she remained the predominant Power on both shores . The Fourth Crusade gave her the occasion to reconquer the rebellious Zara and re - establish her rule on the Illyrian coast .
Page 550
new one another's company so much , that when the rest of the party broke up at past 11 , they remained talking together with Sir James , discussing poets , orators , and novelists , till one o'clock , with Mr Sheil listening with all ... 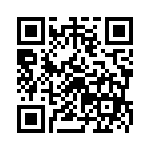