Page 30
The cholera pestilence , though fortunately not always present in England , has since that period continued to be a permanent scourge to our Indian empire , and has been constantly before our eyes on the continent of Europe .
Page 539
We have , in the present article , hurriedly followed him through five years of warfare , conducted ultimately to a successful issue . Indomitable perseverance , unceasing labour , entire devotion to the cause he had in hand , almost ...
Page 572
corruption of the present Parliament was , and is , the cause of its present existence .'- Id . , p . 30 . The infusion of new and fresh blood into the constituencies ' which send such men to Parliament would , he considers , do wonders ...

14 other sections not shown 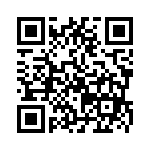