Thoman Corns is Professor of English at Bangor University, UK. 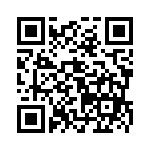