I really enjoyed this book! James Traub goes inside the UN culture and it's SG Kofi Annan. The UN is in no doubt needs a makeover, or it will still be as screwed up as it is now. Читать весь отзыв

THE BEST INTENTIONS: Kofi Annan and the UN in the Era of American World Power

A heartbreaking book about a hardworking idealist's frustrated attempts to restore the stature of the cumbersome United Nations in a world dominated by "the preemptively belligerent America."New York ... Читать весь отзыв

James Traub has been a contributing writer for The New York Times Magazine--where he writes about international affairs, U.S. foreign policy, and national political issues--since 1998. He has written three books, including City on a Hill and The Devil's Playground. He lives in New York City. 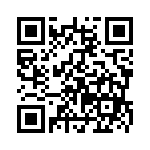