Стр. 7 - Woe unto them that call evil good, and good evil; that put darkness for light, and light for darkness; that put bitter for sweet, and sweet for bitter! '' Woe unto them that are wise in their own eyes, and prudent in their own sight!
Встречается в книгах (700) с 1714 по 2008
Стр. 7 - Never, never, never believe any war will be smooth and easy, or that anyone who embarks on the strange voyage can measure the tides and hurricanes he will encounter. The statesman who yields to war fever must realize that once the signal is given, he is no longer the master of policy but the slave of unforeseeable and uncontrollable events.
Встречается в книгах (39) с 1930 по 2007

Benjamin Reynolds Barber was born in Manhattan, New York on August 2, 1939. He received a bachelor's degree in political science from Grinnell College in 1960 and a master's degree in government in 1963 and a doctorate in 1966 from Harvard University. In 1969, he began teaching political science at Rutgers University, where he was the director of the Walt Whitman Center for the Culture and Politics of Democracy for many years. In 2001, he joined the University of Maryland as the Kekst Professor of Civil Society. He was a political theorist and author. His books included Strong Democracy: Participatory Politics for a New Age, The Conquest of Politics: Liberal Philosophy in Democratic Times, Jihad vs. McWorld: How Globalism and Tribalism Are Reshaping the World, The Truth of Power: Intellectual Affairs in the Clinton White House, Fear's Empire: War, Terrorism and Democracy, If Mayors Ruled the World: Dysfunctional Nations, Rising Cities, and Cool Cities: Urban Sovereignty and the Fix for Global Warming. In addition to his books, Barber was a frequent contributor to several magazines including The Atlantic, Harper's Magazine, and The New York Times. In 1974, he helped found the journal Political Theory, which he edited for the next decade. He coauthored the prize-winning, ten-part PBS/CBC television series The Struggle for Democracy. He died from pancreatic cancer on April 24, 2017 at the age of 77. 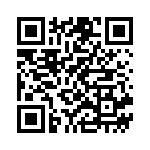