Page 406
Christopher Columbus , one of the most familiar of world stamp personalities , has been commemorated on stamps from several of the British West Indies territories , including St Kitts , Jamaica , Grenada , Trinidad , and the Bahamas .
Page 407
When the 1955 Union Covenant Celebrations were held in the Natal capital , Pietermaritzburg , a stamp bearing the ... None of the stamps carried his effigy , but several designs , sym- bolizing freedom , showed a slave discarding his ...
Page 408
One of the Southern Rhodesian 1953 pictorial stamps featured Rhodes ' grave in the Matopo Hills , twenty miles from Bulawayo , where he was buried in 1902 , on the site originally dedicated by him for those ' who deserved well of their ... 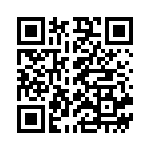