Yael Tamir is Senior Lecturer in Philosophy at Tel-Aviv University. A founding member of the Israelite peace organization Peace Now, she has also been active in the civil rights movement in Israel. 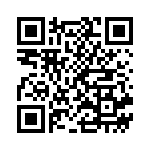