Page 44
3 As when Hercules , named Alcides from his grandfather Alcćus , " from Oechalia crowned with conquest , ” after his return from the conquest of Dechalia , a city of Boeotia , having brought with him from thence Iole , the king's ...
Page 105
1 1 Endowed with all their gifts , ' and oh ! too like In sad event , when to the unwiser son Of Japhet brought by Hermes , she ensnared Mankind with her fair looks , to be avenged On him who had stole Jove's authentic fire .
Page 395
Immediately Was Samson as a public servant brought , In their state livery clad : before him pipes And timbrels ; on each side went arméd guards , Both horse and foot ; before him and behind , Archers and slingers , cataphracts ' and ... 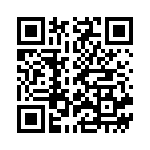