—Úū. 49
The majority of Mbundu have traditionally lived in provinces around the Luanda
area , and , together with Mestiços , have ... groups include the Ovambo ,
Nyaneka - Humbe , Herrero , and San , most of whom reside in the southern
areas .
—Úū. 53
In the postwar period , the Rapid Intervention Police have been directed more
towards crime prevention , particularly in urban areas . However , they remain
unsuited to many of the most basic tasks of routine police work , with the use of
force ...
—Úū. 58
His body was apparently buried in a graveyard in Luena , Moxico , rather than in
his home area in the Plan Alto . ... mining areas into the bush and forcibly
displaced civilian populations from rural areas through so - called limpeza
exercises . 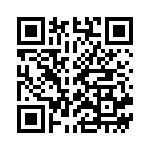