Page 96
... during the latter of which , in 1847 , he delivered a course of lectures in London , and other parts of England . ... the estaband religionist , was born at Hadlow , lishment of the commonwealth , and , in Kent , England , in 1612.
Page 197
In 1756 the wanderer landed at Dover , England , without shilling , without a friend , and without a calling . After several espedients had failed , the unlucky adventurer , at thirty , took a garrct in a miserablc court in London ...
Page 281
Tuomas BABBINGTON MACAULAY , the most attractive , and one of the most learned and eloquent of the essayists and critics of the age , was educated at the University of Cambridge , England , where he took his degree in 1822 , after ... 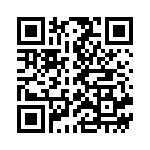