Page 106
It will have a dual status , the one in relation to the Atlantic Powers ( and any other Powers which will have endorsed the Treaty ) , and the other with the Soviet Union , the Chinese Republic , and the so - called Satellite States .
Page 299
What are the lessons to be learnt from the classics by those who are called upon to speak in public ? They are : the advantage of preparation , the need for clearness and precision , the value of brevity , which , as Erasmus said ...
Page 455
One anecdote may , perhaps , be quoted as evidence of his equanimity it relates to the year 1709 , when his prestige was at its height . ' Riding out one day with Commissary Marriot , it began to rain , and the Duke called for his cloak ...

175 other sections not shown 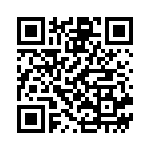