Page 57
On one of these occasions , at Airth , a young person , at a considerable distance , felt a strong desire to attend . This , however , was opposed by her elder sister , on account of her tender age and inability to sustain the fatigues ...
Page 155
David called one of the young men , and said , Go near , and fall upon him . And he smote him that he died . Papirius Carbo , the Roman consul , being impeached as an accomplice in the assassination of the second Africanus , one of his ...
Page 160
A very young clergyman , who had just left college , presented a petition to the King of Prussia , requesting that his Majesty would appoint him inspector in a ' certain place where a vacancy had just happened . 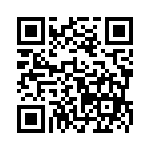