Page 31
The older tradition continued for some time , however , as a few spare , steepleless structures continued to be built . One of the best preserved is that in Alna , Maine , dating from as late as 1789. The starkness of its clearly ...
Page 290
Those who continued to paint for a diminishing clientele , even the successful leaders in the field , with few exceptions tended to adopt the hard outlines , textureless surfaces , and murky tones of the photograph .
Page 452
But those who based their work , however abstract , on an organic relation to nature , as had Dove and Hartley in an earlier generation , and those who continued the representational tradition , whether infused with fantasy or ...

58 other sections not shown 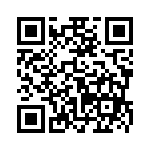