Graham Ward is Professor of Contextual Theology and Ethics at the University of Manchester. He has been called ‘the most visionary theologian of the generation’. 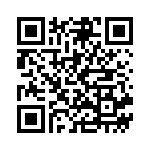