Mitchell Bard is the Executive Director of the nonprofit American-Israeli Cooperative Enterprise (AICE) and one of the leading authorities on U.S.-Middle East policy. Dr. Bard is also the director of the Jewish Virtual Library (www.JewishVirtualLibrary.org), the world's most comprehensive online encyclopedia of Jewish history and culture. Dr. Bard has appeared on local and national television and radio outlets. His work has been published in academic journals, magazines and major newspapers. He is the author of 17 books. Bard holds a Ph.D. in political science from UCLA and a master's degree in public policy from Berkeley. He received his B.A. in economics from the University of California at Santa Barbara. 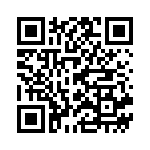