Page 18
A poor man , " says the late Rev. Thomas Scott , " most dangerously ill , of whose religious state I entertained some hopes , seemed to me in the agonies of death . I sat by his bed for a considerable time , expecting to see him expire ...
Page 108
The late excellent Mr. Cathcart of Drum , was in the practice of keeping a diary , which , however , included one particular department , seldom to be found in like Mr. Cathcart describes his plan and object in the following words ...
Page 211
The late Rev. Robert Hall of Bristol , when describing the character of Mr. Robinson of Leicester , says ," It was the boast of Augustus , that he found the city of Rome built of brick , and that he left it built with marble . 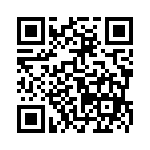