Ńňđ. 127
On January 30 , 1948 , the Jaffa newspaper , Ash Sha ' ab , reported : " The first of
our fifth - column consists of those who abandon their houses and businesses
and go to live elsewhere . . . . At the first signs of trouble they take to their heels to
...
Ńňđ. 144
2 million , live in 59 recognized refugee camps in Jordan , Lebanon , Syria , the
West Bank and Gaza Strip . The other two - thirds of the registered refugees live
in and around the cities and towns of the host countries , and in the West Bank
and ...
Ńňđ. 328
this foreign entity , implanted as a cancer in our country , where our fathers lived ,
where we live , and where our children after us will live . They always portrayed
themselves as victims , and they made a Center for Heroism and Holocaust . 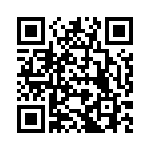