Roger Burbach is Director of Research and Publication at the Center for the Study of the Americas (CENSA) in Berkeley, California. A historian by training, he was for a number of years a staff member and writer with NACLA, the North American Congress on Latin America. During the 1990s he was Visiting Scholar in Peace and Conflict Studies, and subsequently at the Institute of International Studies, University of California, Berkeley. He is the author of numerous books, including most recently The Pinochet Affair: State Terrorism and Global Justice (Zed Books, 2003), Globalization and Postmodern Politics: Zapatistas versus High Tech Robber Barons (2001) and Globalize This! The Battle against the World Trade Organization (2000) (edited with Kevin Danaher). He coauthored with Orlando Noez Fire in the Americas (1987).Jim Tarbell is a writer and broadcaster based in Northern California. Following spells as a staffer for Congressman Wendell Wyatt (1968-72) and Peace Corps volunteer (1973-75), he founded his own publishing house, Ridge Times Press, in 1981. Amongst many other activities, he is now the editor of the Alliance for Democracy quarterly journal Alliance Alerts, and co-hosts a radio programme on KZYX called Corporations and Democracy. He is the author of a previous book, I Came Not Alone (1994), which tells of ordinary people's experiences of globalization in Latin America, and is currently working on a new book, Democracy versus Empire. 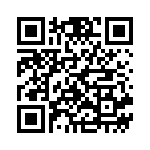