Ńňđ. 118
As Iraqis like to put it , hajiz al - khawf inkiser , “ the barrier of fear was broken , ”
in March 1991. These people who were no longer afraid then did the unthinkable
: they called upon the very allied armies that had rained bombs on their cities for
...
Ńňđ. 361
No longer are we justified by our faith ; we are now justified by our fear . Iraq was
not responsible for 9/11 , but some fear it was . There is no proof Iraq worked with
al Qaeda to cause 9/11 , but some fear it did . It is fear which leads us to war .
Ńňđ. 425
SUICIDE FROM FEAR OF DEATH ? Richard K. Betts Witas parinte de ideas well
as trang into a comer . The Bush adminis Tith war in the Middle East imminent , it
is clear that the United States has tration's success in engineering international ...

Those looking for some perspective on the war with Iraq need look no further than this substantial anthology--every perspective is here, from right to left, from pro-war to anti, from Ann Coulter to ... ×čňŕňü âĺńü îňçűâ 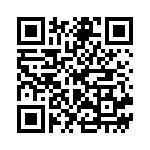