THE IDEAS THAT CONQUERED THE WORLD: Peace, Democracy, and Free Markets in the Twenty-First Century

A lofty—and disengaged—overview of liberal triumphalism at the start of the 21st century.By "liberalism," Mandelbaum (The Dawn of Peace in Europe, 1996, not reviewed) in essence means the ideas that ... Читать весь отзыв

Michael Mandelbaum is the Christian A. Herter Professor of American Foreign Policy at the Paul H. Nitze School of Advanced International Studies at Johns Hopkins University and director of the Project on East-West Relations for the Council on Foreign Relations. Mandelbaum has taught at Harvard University, Columbia University, and the U.S. Naval Academy. His book, The New Russian Foreign Policy, explores Russia's relations with the rest of the world after the fall of the Soviet Union. The Dawn of Peace in Europe outlines Europe in the post-cold-war era. His title with Thomas L. Friedman, That Used To Be Us, made The New York Times Best Seller List for 2012. 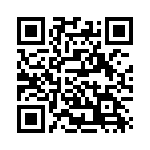