Page 153
wishes of three of their old pupils , now memThe mother , a Knox , claiming collat- bers of the Punjab Board of administration eral descent from the great John , is less at Lahore . * All right , ” said John , “ I'll distinctly brought ...
Page 154
... such a measurable distance of the India service through the friendship of one of 1783–1803 , when its unhappy plains worthy Director , Mr. John Hudleston , were swept over , this way and that way , of the Madras Civil Service .
Page 158
Lawrence , after puzzling the peremptory mandate Send John briefly over it , returned a reply : ' My • LAWRENCE ' showed that the Governor- dear Colonel , ' — followed by a few lines General was not to be ...

22 other sections not shown 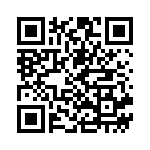