Thomas Graham Jr. served as acting director of the U.S. Arms Control and Disarmament Agency and as Special Ambassador for Disarmament before retiring from government service in 1997. He is the author of Disarmament Sketches: Three Decades of Arms Control and International Law. Ambassador Graham currently serves as chairman and Damien J. LaVera as coordinator of the Lawyers Alliance for World Security in Washington, D.C. 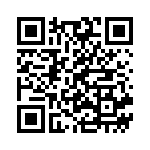