Manfred B. Steger is professor of politics and government at Illinois State University, affiliated faculty member in the Department of Political Science at the University of Hawai'i-Manoa, and academic director of the Globalism Institute at the Royal Melbourne Institute of Technology in Australia. His academic fields of expertise include theories and ideologies of globalization, comparative political and social theory, theories of nonviolence, and international politics. His most recent publications include Rethinking Globalism: The New Market Ideology; GandhiOs Dilemma: Nonviolent Principles and Nationalist Power; Violence and Its Alternatives: An Interdisciplinary Reader; Engels After Marx; and The Quest for Evolutionary Socialism: Eduard Bernstein and Social Democracy. 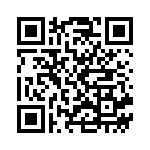