Seyla Benhabib is Eugene Meyer Professor of Political Science and Philosophy and Director of the Program in Ethics, Politics and Economics at Yale University, Connecticut. Her most recent publications include Transformation of Citizenship: Dilemmas of the Nation-State in the Era of Globalization (2000), The Claims of Culture: Equality and Diversity in the Global World (2002) and The Rights of Others: Aliens, Residents and Citizens (2004) which won the Ralph Bunche award of the American Political Science Association and the North American Society's best book in Social Philosophy award.

Ian Shapiro is Sterling Professor of Political Science at Yale University, California and Henry R. Luce Director of the Yale Center for International and Area Studies. His most recent publications include The Moral Foundations of Politics (2003), The State of Democratic Theory (2003), The Flight From Reality in the Human Sciences (2005) and Death by a Thousand Cuts: The Fight over Taxing Inherited Wealth (with Michael J. Graetz, 2005).

Danilo Petranovich is a PhD Candidate in Political Science at Yale University, Connecticut. His research focuses on the shaping of American allegiances from the Founding period through the Civil War. 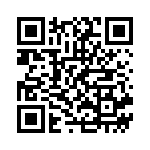