This might have been improved by having a handy glossary to which to refer to keep all the becquerels and curies and rads straight instead of interrupting the narrative flow to explain them once, in ... Read full review

Mary Mycio keeps returning to this great irony: Out of the worst man-caused disaster of the 20th century springs a stunning natural ecosystem. Mary knows Chernobyl like few others. She has spent a ... Read full review 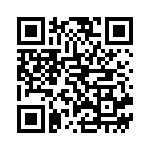