The dispute over Nagorno Karabakh is a complicated issue between Armenia and Azerbaijan. What de Waal has done here is present a neutral account of the war, without favouring either side, a rarity in ... Read full review

Review: Black Garden: Armenia and Azerbaijan Through Peace and War

This tells the 'true' story of the Azerbaijan/Armenian conflict. I'm reading it for obvious reasons. Read full review 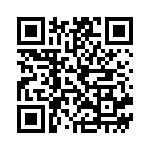