THE WRATH OF NATIONS: Civilization and the Fury of Nationalism

The wrath of nations: civilization and the furies of nationalism

Unlike Daniel Patrick Moynihan's Pandaemonium ( LJ 5/1/93), which is as much a foreign policy prescription as a literate discussion of the phenomenon of nationalism, Pfaff's work is a forbidding ... Read full review

William Pfaff is a political columnist for The International Herald Tribune, London's The Observer, and other newspapers. A political essayist for The New Yorker from 1971 to 1992, he is the author of eight previous books, including Barbarian Sentiments: How the American Century Ends, a National Book Award finalist and winner of the City of Geneva's Prix Jean-Jacques Rousseau. He lives in Paris. 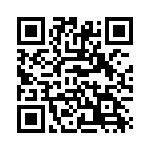