I found Bill Bryson's, "Notes from a Small Island" to be a comfortable and comforting read during a long period of enforced isolation and mild stress during the Covid 19 pandemic. Reading Bryson is ... Read full review

A friend asked if this is worth getting. I replied, Hm, it's certainly briefer than Garner's modern usage, which I am reading cover to cover. But less meaty might be just right. (In Garner I hiccuped ... Read full review

Bill Bryson was born in Des Moines, Iowa, on December 8, 1951. In 1973, Bryson went backpacking in England, where he eventually decided to settle. He wrote for the English newspapers The Times and The Independent, as well as supplementing his income by writing travel articles. Bryson moved back to the States in 1995. His first travel book, The Lost Continent, chronicles a trip in his mother's Chevy around small town America. Since then, he has written several more about the U. K. and the U. S., including bestsellers, A Walk in the Woods, I'm A Stranger Here Myself, and In a Sunburned Country. His other books include Bill Bryson's Dictionary of Troublesome Words, Neither Here nor There: Travels in Europe, Made in America, The Mother Tongue, Bill Bryson's African Diary, A Short History of Nearly Everything and At Home: A Short History of Private Life. 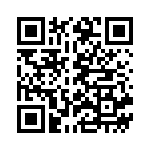