Page 141
The Earl of Balfour , his fag at Eton and a life - long friend , listened to the speech , and has since expressed the opinion that it was one of the most able parliamentary statements by a young man that he had ever heard .
Page 281
owner's delight , built a new nest , in which two young birds were hatched and appeared to be thriving . As ill luck would have it , however , about this time , two bright youths came to stay at the farm from which we had borrowed the ...
Page 290
It is more of a ' family ' bird , however , than the majority of its congeners , old and young remaining together , like ravens , for the greater part of the year , only separating in early spring when the young buzzards , Now fit to ... 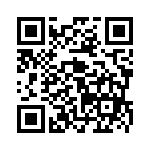