If you remember watching the coverage of Operation Desert Sgtorm on CNN, odds are good you also remember Middle East correspondant Charles Jaco dodging Scud missiles as they flew over his head. Mr. Jaco has covered virtually every war, skirmish, or military action in every hot spot on the planet, from gang wars in Los Angeles to conflicts in Angola, to the taking of General Noriega of Panama. His articles have appeared in Esquire, Rolling Stone, The Miami Herald, Chicago Tribune, The LA Times,and The Philadelphia Enquirer, among others. He is also the author of two well received novels, Dead Air and Live Shot (Ballantine Books). 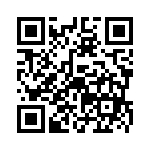