Page 199
These ministers were , however , recognised by the British Government , it being taken for granted that all of them had taken the oath , involving faithfulness to the King , which was prescribed by the Treaty .
Page 250
The New Zealand Government , in view of the international importance of the work , suggested that the expense should be jointly borne by the Governments of New Zealand , Australia , Canada , the United States , and the United Kingdom .
Page 396
were , no doubt , ripe for reprisals after Sir Henry Wilson's assassination , in accordance with their in . tolerant tradition ; but that the Northern Government had any sympathy with such things was a baseless fabrication , not at all ... 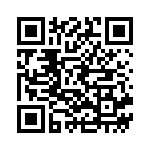