Page 27
Since the three spirits had proved faithful to God , they logically could be included among the host led by Michael . Canonical , together with non - canonical books in their several versions , also provided a multitude of names ...
Page 66
In apparent disregard of their title , the early hexamera normally included description of the seventh day — the Sabbath upon which God rested , and contemplated his work . Later writers naturally and perhaps inevitably subscribed to ...
Page 167
same relative places both writers employed common terms : faculty , next , office , forms , shapes , private , oft , dreams , and retire , the last of which is not included within those fragments to be quoted from Fletcher . 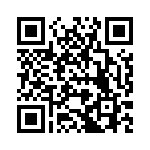