—тр. 275
61 When Chomsky learned of Peters ' s book , he became outraged . He raised
questions about whether Peters had actually written the book , writing that it was У
signed by Joan Peters , Ф 62 but У probably it had been put together by some ...
—тр. 286
several quotations that I use in my book - for example , one from Mark Twain Ч in
Peters ' s book . Although he acknowledged that I put the Twain quote in
quotation marks and cited it to Twain , he says I should have cited it to Peters .
—тр. 333
Beirut Telegraph , August 6 , 1948 , quoted in Joan Peters , From Time
Immemorial : The Origins of the Arab - Jewish Conflict over Palestine ( New York ,
Harper & Row , 1984 ) , p . 13 . Dewey Anderson , et al . , У Arab Refugee
Problem and ... 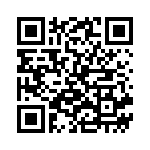