There are people out there that believe some odd things, including that there is a Nazi base in Antarctica, Jews are evil, whites are superior to all other people, and so on. Goodrick-Clarke mixes all ... Read full review

Nicholas Goodrick-Clarke is the author of several books on ideology and the Western esoteric tradition, including Hitler's Priestess and The Occult Roots of Nazism, which has remained in print since its publication in 1985 and has been translated into eight languages. He writes regularly for European and US Journals and has contributed to several films on the Third Reich and World War II. 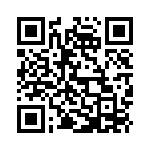