Randall M. Miller is a professor of history at Saint Joseph's University, Philadelphia. He is the editor of The Pennsylvania Magazine of History and Biography, coeditor of The Dictionary of Afro-American Slavery and Shades of the Sunbelt, and coauthor of Ethnic and Racial Images in American Film and Television. 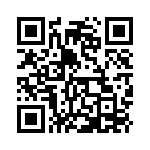