Poet and clergyman Thomas Traherne was born in Hereford, England in 1637. He attended the University of Oxford and was ordained in 1660. The majority of his works were published posthumously, as late as 1910. Only one work, Roman Forgeries, was published before his death in 1674 in Teddington, England.

Affiliation [To be added only on dust jacket, otherwise omit]: Fellow of the George Bell Institute 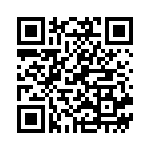