Born in Herfordshire, English geographer and clergyman Richard Hakluyt devoted much of his life to preserving the records of all English voyages of discovery and promoting the advantages of exploring and settling North America. While still a schoolboy, Hakluyt visited the law offices of his cousin and saw a large display of geographical materials. He immediately became fascinated with geography. In time he pursued this interest at Oxford University, where later he lectured on geography. Hakluyt was also ordained in the ministry, which enabled him to earn a living while indulging his passion for geography. In 1582 Hakluyt published the first of his four major works, Divers Voyages Touching the Discovery of America and the Islands Adjacent. This work was, in part, propaganda for the English explorer Sir Humphrey Gilbert's doomed voyage to America the following year. Hakluyt next wrote an outline for colonial policy in America, stating some of the advantages of settlement and who should go. Ironically, this work, The Discourse of Western Planting, was not published until 1877. Nonetheless, Hakluyt was instrumental in reviving interest in the settlement of Virginia after the disappearance of the ill-fated Roanoke colony. He was one of the petitioners for the Virginia Company's 1606 grant that resulted in the Jamestown settlement. He also helped plan the East India Company, which colonized India. Hakluyt's best-known work, Principal Navigations, Voyages, Traffiques, and Discoveries of the English Nation, first appeared in 1589, with a second edition published in 1599 and 1600. In 1846, the Hakluyt Society was founded, and it still continues today to publish narratives of early explorations, perpetuating his labors as well as his memory. 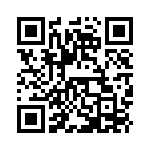