Page 140
Thus in Italy we find municipal life perpetuating local liberties and multiplying division , while in France the monarchy , superseding feudalism , led the way to national consolidation and absolute government .
Page 144
René of Anjou , titular King of Naples and Count of Provence , maladroit as he may have been as a ruler , aided effectively the Renaissance movement in France , and exercised an influence too important to be ignored .
Page 372
privateer on which James II fled from Kinsale to France after the battle of the Boyne . His father , Philip Walsh , , was baptised at St Catherine's , Dublin , on December 6 , 1666 , and followed the grandfather to France , where he ...

40 other sections not shown 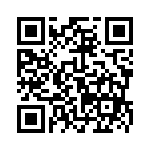