KIDANE MENGISTEAB is Professor and Chair of the Department of Political Science and Geography at Old Dominion University. He is the author of Ethiopia: Failure of Land Reform and Agriculture Crisis and Globalization and Autocentricity in Africa's Development in the 21st Century.

CYRIL DADDIEH is Associate Professor of Political Science at Salisbury State University. Among his publications is Education and Democracy in Africa: Preliminary Thoughts on a Neglected Linkage. 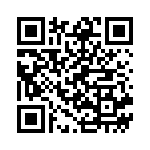