Ńňđ. 83
... the new - imperialist landscape presently being traversed by the White House .
Stating that the Bush administration would take whatever steps were necessary
to advance America's national interests , the Strategy called for the expansion of
...
Ńňđ. 90
With the military plans of the Pentagon still not fully operational , the Prime
Minister was able to successfully press for a slight extension to the inspections
timetable at another White House summit with Bush at the end of January . This
would ...
Ńňđ. 104
Washington was similarly rejected by Number 10 for fear of the negative publicity
that would inevitably be created by an image of Blair scuttling off to the White
House . 62 The summit itself was also carved from the stone of political
expediency ... 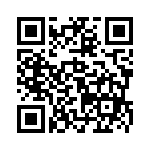