Page 1 - Chicago an exposition to celebrate the four hundredth anniversary of the discovery of the New World by Christopher Columbus.
Appears in 20 books from 1884-1999

Will C. van den Hoonaard, a professor of Sociology at the University of New Brunswick, has been a Bahá’í for over thirty years. He is Senior Editor of the international Bahá’í encyclopedia project. 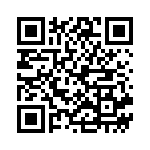